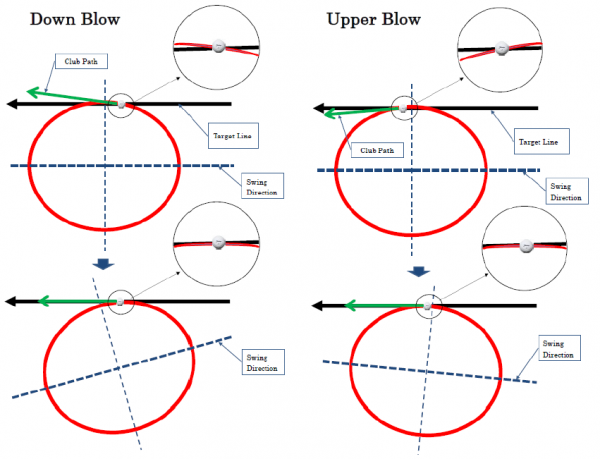 It should be noted that when hitting a down blow, the club head is not outside the target line before the impact, and the club head at the time of impact is the outermost. This is because the impact is when the club head is farthest from the body with the swing direction facing to the left. (See Fig. above) Similarly, in the case of upper blow, the club head does not go outside the target line after impact. (See Fig. above) Here, the reason why the CP shift occurs is that the ball is not hit at the lowest point of the swing circular motion. If you hit at the lowest point of the swing, that is, if the attack angle is zero, CP shift will not occur. If you tilt the hula hoop diagonally, you will see that the tangent of the circle points to the right at the right of the lowest point with a right handed golfer. Behind the lowest point, on the left, the tangent of the circle points to the left. You might think that this direction depends on the diameter of the circle, but if the vertical angle (that is, the attack angle) at the moment of hitting the ball is the same, the direction of the tangent line is the same regardless of the diameter of the circle. The club head is not a perfect circular motion but an elliptical motion, but even so, if the attack angle and swing plane at impact are determined, the amount of CP shift will be determined. 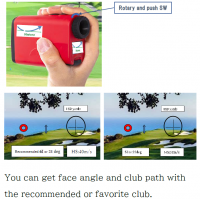 It should be noted that when hitting a down blow, the club head is not outside the target line befor… 続きを読む
3Dplaneのブログを拡散して応援しよう！
facebookでシェア！
twitterでツイート！
はてなブックマーク！
google+ で＋１！ 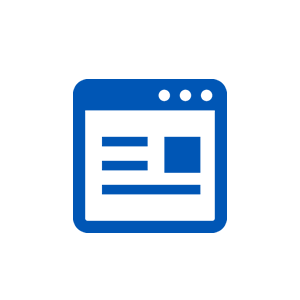 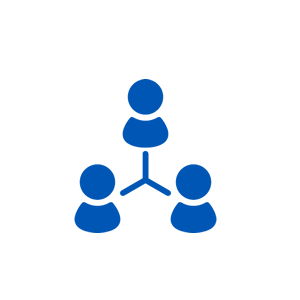